How To Incorporate Blockchain Technology Into Your Business 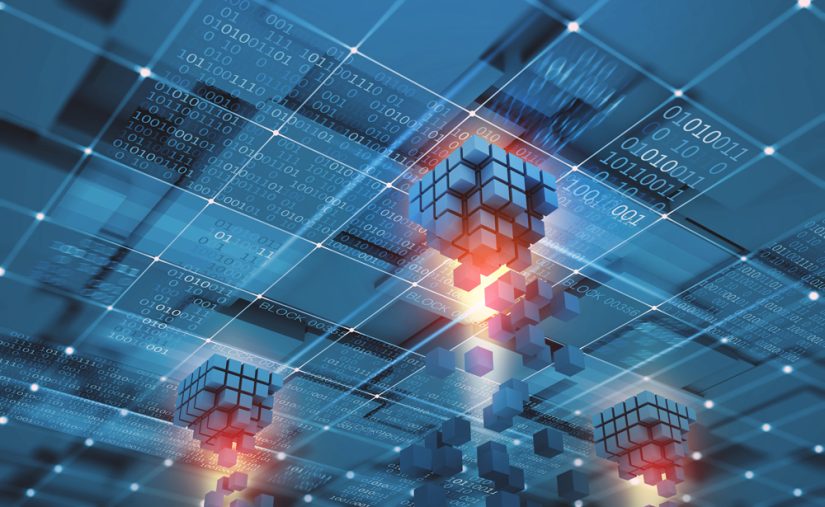 Blockchain was developed primarily to facilitate transactions with digital currencies. In any case, tech-savvy individuals rapidly realized that blockchain technology can be leveraged to aid enterprises.

Everyday transactions may become more streamlined, transparent, and trustworthy if services of a reliable blockchain development company are implemented. The result is that top executives at various organizations are actively plotting out ambitious new initiatives. Blockchain technology is expanding considerably faster across industries these days, and it is becoming a component of how the company is transforming.

In order to understand how blockchain technology works and how it may be put to use, you need to read this introduction.

How to Implement Blockchain Technology To Your Business?

Blockchain technology can be useful in commercial situations where multiple entities engage in transactions with one another. Distributed ledger technology allows for simultaneous data access by all users. That way, issues may be resolved and confidence can be established, making for a more efficient and trustworthy operation. Furthermore, blockchain technology enables businesses to rapidly expand and size their offerings.

The Blockchain can be implemented in the following ways:

In some capacity, blockchain technology is already being utilized by 84% of top-level executives. Blockchain integration presents its own challenges. So, if you want to know how to use blockchain in your business, you need to think about the existing situation and the organization’s intentions for the future before you go for it. Let’s examine the procedure for implementing blockchain:

A Use-Case Should Serve as a Launchpad

Step one is to make a list of everything you’ll need to complete the task. Determine the nature of the issues you wish to address and whether or not the blockchain integration options can help. It’s smart to test the waters with a small-scale endeavor first before rolling out the full plan.

While brainstorming potential applications, keep in mind that baby steps are usually preferable. The first step in implementing blockchain technology is to identify promising new use cases to test, investigate, and learn more about.

Create your own Proof-of-Concept (POC)

The following step, after brainstorming potential use cases, is to develop a convincing Proof of Concept (POC). A “Proof of Concept” (POC) is simply a method for evaluating the viability of implementing blockchain technology in your organization.

The most crucial aspects of creating a POC are as follows:

Be cautious when deciding on a Blockchain Platform

The following are some of the most well-known blockchains from which to choose for your company:

Quorum is being integrated by several businesses as part of their blockchain strategies. It ensures that no alterations to records are made during a transaction. This allows businesses to conduct secure financial transactions while also safeguarding their consumers’ personal information. The use of blockchain technology like this has the potential to revolutionize financial dealings.

While the primary function of Ethereum is to facilitate the creation of new contracts, some companies are now testing its scalability to gauge the potential for rapid expansion. Similarly to Bitcoin, Ethereum can be used as a medium of exchange for the purchase and sale of goods and services. Ethereum’s unique selling point is that its users may simply create applications that function on blockchain-like technologies.

Stellar is a blockchain platform used to build decentralised applications. Stellar’s primary form of operation is called “distributed exchange,” and it allows users to transfer funds between a small number of supported currencies without any manual conversion.

In most cases, organizations will use this blockchain platform to create internal blockchain apps. An experienced user of Hyperledger can devise technological answers that enhance businesses’ utilization of blockchain for expansion.

Corda facilitates private and secure direct transactions via smart contracts. A proficient user of this platform might not only create impressive designs, but also use it to eliminate costly contract clauses that would otherwise have to be negotiated.

Build and Test a Blockchain-Based Solution

It is important to familiarize oneself with the various blockchain technologies available in order to select the most appropriate one for a given blockchain deployment. There are a few factors to consider before making a decision.

The reliability of the technology; that is, how simple it is to agree upon and maintain. It’s important to know if it’s compatible with public and private blockchains.

Making your own block is the first step toward operating and managing the entire network in the creation of a specific chain. For cryptocurrencies, blockchain is a game-changer now. Once the token has been decrypted, it can be used to activate the power supply, allowing the communication nodes to remain operational.

Turning on the blockchain on the blockchain network is the final deployment phase. If you’re looking for a hybrid solution that incorporates both off-chain and on-chain components, a cloud server is a good place to begin.

To ensure unanimity in a dispersed network, a consensus mechanism can be implemented. Check out the various consensus protocols:

When using this consensus mechanism, the block creator will be selected at random based on factors such as personal wealth, age, and performance. In Proof of Stake, the miner’s stake in the network determines which transactions to examine in each block. The more cryptocurrency a miner possesses, the more blocks the miner may create; this is the core notion behind Proof of Stake.

As a consensus mechanism, “proof of work” incentivizes creative problem solving by miners by rewarding them for their efforts. Proof of Work is largely concerned with Distributed Denial-of-Service (DDoS) attacks.

This consensus protocol ensures that those with a vested interest in the system choose the miners who will create blocks and verify transactions. At this point, just a fraction of miners are actively contributing to the creation of blocks.

Here Are Some Applications of Blockchain Technology for Your Business

Blockchain’s roots in cryptocurrencies suggest it may be used to settle salaries. Companies might save a significant amount of money by using Bitcoin for their international payroll needs.

Both employees and employers can benefit from using bitcoins for payroll. It’s not just the foreign workers that need to be compensated; there are also freelancers, regular employees, and telecommuters to consider. Most major corporations are likely to use this method of compensation this year.

One such consensus approach, known as Voting Delegated Proof of Stake (DPOS), is quick to implement, adaptable, and centralised as little as possible. It harnesses the approved voting power that each stakeholder already has to reach fair and democratic solutions to consensus problems. The fees and intervals between blocks, and everything else, can be adjusted at the discretion of the elected delegates.

With the block technique, confirmation of a transaction takes only a few seconds. The consensus protocol’s primary objective is to shield users from unlawful state intervention.

In the near future, the BFSI industry, which is currently the leader in the blockchain business, will reap all the benefits. Banks are established so that members of the community can converse freely and safely about financial matters. Blockchain technology can be used to facilitate these processes on a global scale.

A Blockchain development consulting makes it possible to make secure cross-border payments between various financial institutions. Because of this, individuals can move funds directly from one bank account to another, bypassing the need for intermediary banks. Banks may save time, money, and resources by switching to blockchain-based international payments. Global end-to-end visibility is another benefit.

Major shifts in the capital market industry are occurring as a result of technologically-driven market disruption, new laws, and shifts in the economics of the primary business areas. Companies in the financial sectors have advanced to the next stage of change thanks to blockchain technology. Blockchain has the potential to impact and improve many facets of the capital market, from sellers to buyers to the underlying infrastructure, all with the goal of decreasing or eliminating the role of intermediaries.

Trade finance provides the payment guarantees, credit, and insurance essential to completing deals on mutually beneficial conditions. However, the massive amount of paper necessary to exchange information between trading parties is one of the main issues with trade finance.

To combat illicit financial transactions, blockchain technology incorporates safeguards designed to prevent money laundering. Blockchain creates an immutable record of all transactions that can never be altered. This facilitates the investigation by law enforcement into the origin of the funds.

Regulators can more easily join the blockchain community. Cooperating with government bodies is challenging. Every business owner’s worst nightmare is an audit or other process that forces them to halt virtually all operations. But the odds of success for blockchain are higher.

P2P, or peer-to-peer, technology is founded on a single concept: decentralization. Blockchain’s Peer-to-Peer architecture, which uses a decentralised peer-to-peer network, largely eliminates the need for intermediaries when transacting global cryptocurrency transfers. Anyone who wishes to participate in the process of verifying blocks in the Bitcoin network can do so by establishing a node.

While reinsurers and businesses double-check coverage using blockchain, automated claim processing can get the ball rolling. It will also reduce the administrative costs of insurance firms by automating payments between parties for claims. Recent research by Gartner has estimated the value of the blockchain sector to be $3.1 trillion by the year 2030.

What will the Future hold for Blockchain technology?

Blockchain technology has been widely discussed, but it still has the potential to significantly alter the way that organizations operate. This open-source technology isn’t revolutionary, but it does provide organizations with more safety, quicker transactions, and cheaper options for resolving issues. In the not-too-distant future, blockchain technology will likely be implemented in all areas involving either monetary transactions or data storage and management. Blockchains will be especially useful for financial institutions, insurance agencies, telecommunications providers, energy providers, property developers, stock exchanges, and online retailers. When more organizations and governments adopt blockchain technology, everyone benefits from its increased efficiency and security. Blockchain technology’s applications and possibilities aren’t limited to Bitcoin and similar digital currencies.